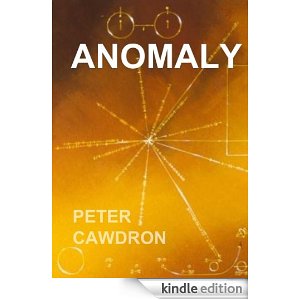 My novel, Anomaly, has held #3 position on the Amazon Hot New Releases in High Tech Science Fiction for a couple of days now, and I’m as proud as peaches.

Anomaly briefly sat at #2 for a couple of hours at its high water mark, but by the time you read this it will probably have dropped out of the new releases altogether. For an independent author, though, with no agent and no publisher, it’s quite something to make Amazon’s top ten (in a very narrow field), although it speaks more for the mechanism of Amazon than it does for my writing.

Amazon is more than a commercial enterprise, it is a disruptive and revolutionary democratic/economic force. I love the way those that rate a story are themselves rated by those that have also read that particular story. The reviews are often blunt, which is never easy to take, but is generally balanced and good natured. I’m yet to have any real depth of comments against either Anomaly or Out of Time, but criticism, though never easy to take, is always good, always something that can be learnt from.

Looking back, I’m critical of both stories. I probably shouldn’t say this aloud, but I suspect I’m guilty of preaching from a soap box. I need to relax a little more with dialogue and let it be more natural. So, there, that’s my critical Amazon review.

Anyway, if you’re up for a roller-coaster ride in science fiction, give these novels a whirl. Hopefully, you won’t be disappointed. If you are, though, I’m sure I’ll hear about it through your review 🙂

17 thoughts on “Proud as Peaches”