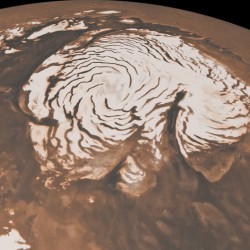 Much to everyone’s surprise, the first few scoops the Mars Curiosity rover took with it’s SAM tool (Sample Analysis at Mars) appears to have uncovered something “interesting,” in the words of NASA officials.

NASA is tight-lipped about the discovery, at first noting it would be “one for the history books,” and then downplaying expectations by saying, “it won’t be earthshaking but it will be interesting.” They’re taking their time to validate their findings, which, despite the suspense, is a good thing.

NASA intend to make their findings public in early December.

Is there life on Mars?

I hope so, but I doubt our first, shallow dig in the Martian sandpit will turn up something so significant, although I’d be delighted to learn otherwise.

In October, the results of a scientific survey of Lake Vida were published by the National Academy of Sciences.

Lake Vida sits in the dry valleys of McMurdo Sound in Antartica and is a doppelganger for the Northern regions of Mars.

Scientists found life beneath almost a kilometer of frozen ice and permafrost. At temperatures as low as -13C, the extremely salty brine is a slush devoid of oxygen and yet microbes thrive, at least 25 different species of bacteria, protobacteria and firmicutes.

Three independent lines of evidence suggest the age of this enclosed system is 2800 years. This icy reservoir last saw daylight when the Greeks conducted the first Olympics and Homer wrote the Iliad.

Lake Vida is an analog for how life could survive in the frigid extremes of outer solar system. And yet it is also highlights the tenacity of Earth microbes over abiogenesis, the ability of life to arise from inorganic matter.

In our limited experience here on Earth it seems once you’ve got life, life is easily propagated, but coming up with life in the first place, well, that’s the tough bit. 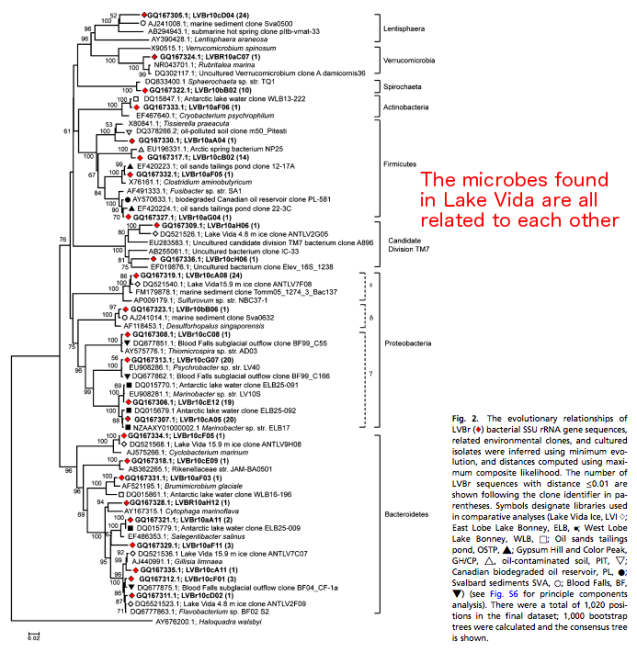 All the extremophiles discovered to date are related to each other and to other less extreme microbes in the phylogenetic tree of life. Whether we look under glaciers, in the deepest trenches some 11,000 meters beneath the ocean, or in thermal vents that would scorch your hand, all life on Earth is closely related at a genetic level. 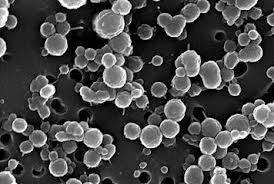 We’re not sure where life originated on Earth, other than that it originated in an absurdly hostile environment almost four billion years ago. Since then, though, life has migrated into every conceivable nook and cranny on Earth, but life never arose again.

If other forms of life did arise on Earth, it seems they were overwhelmed by the life we see today and only one form of life has survived.

Physicist Paul Davis is an advocate in the search for a shadow biosphere, as there is the possibility that there are other lifeforms on Earth that have gone undetected up until now, but so far nothing has been found.

As it stands, though, the single, pervasive biosphere we see on Earth weakens the case for life elsewhere, as we don’t see isolated systems like the frozen Antarctic lakes developing their own lifeforms, we see “our” life spreading and thriving in these extreme niches.

What does all this mean for life on Mars? This doesn’t negate the possibility of life on Mars, but it suggests that if there is life, then like life on Earth, it probably arose under entirely different circumstances and has had to adapt to hang on in the extremes we see there today.

Given how NASA is downplaying the initial excitement around their undisclosed discovery, it seems they may have found some indicators for complex chemistry on Mars, but not organic chemistry, not living chemistry.

This may, however, lead to further discoveries that eventually answer the question about life on Mars in one way or the other.

Let’s see what Santa has in store for us this December.

8 thoughts on “Is there life on Mars?”