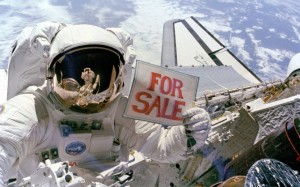 As much as I would love to see someone standing on Mars, I’m worried about the cost, and not just the cost in terms of money or even in terms of human lives. For me, the greatest cost is the cost of lost opportunities elsewhere.

With half a million people working on the project over the course of a decade, Apollo is the modern equivalent of Stonehenge or the pyramids, it was a landmark in human progress. Apollo was a herculean effort, decades ahead of its time.

The Apollo program was a case of The Moon or Bust. The problem was, such an intense effort wasn’t economically sustainable in the long term. The 70s saw some tremendous space exploration, with the launch of Pioneer, Voyager and the Viking mission to Mars, but as remarkable as these were they were overshadowed by the mothballing of Apollo. Skylab salvaged some of the Apollo hardware from scrapped lunar missions, but plans for up thirty additional Apollo launches, covering everything from a manned fly-by of Venus to a lunar base were quietly shelved.

At the height of the Apollo project, NASA’s budget represented 4.4% of the US national budget. Since then, it has hovered between 0.5% and 1%. The US military, by comparison, consumes anywhere from 6%-9%, although when the books are balanced and all the receipts are talled this figure could be as high as 19%. A mission to Mars is thought to cost somewhere in the order of $20 billion dollars but given the experience with Apollo this is probably a gross underestimate, and there in lies the problem. 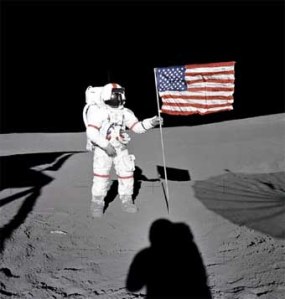 Mars or Bust is not an intelligent use of limited resources.

Human exploration is important, but exploration should be goal-driven, not driven by emotions.

Apollo’s goal was to demonstrate technical and economic superiority over the Soviet Union during the Cold War. Having been beaten to the punch with Sputnik and Yuri Gagarin, President Kennedy rallied a nation to salvage its pride. There were scientific outcomes, but these were secondary to planting a flag in lunar soil.

Space exploration needs goals with more substance than the fickle interest of public opinion as that will wax and wane.

The goal of exploring our solar system should be the search for extraterrestrial life, but not little green men, little green microbes.

It sounds silly when put like that, but the discovery of non-Earth-based lifeforms would be the single greatest discovery in the history of mankind.

Our lives are absurdly short. Here at the start of the 21st century we have so little appreciation of how far mankind has come even in just the last hundred years. 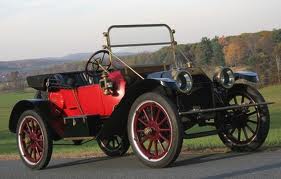 A hundred years ago biplanes struggled into the air, cars like this 1912 Buick were little more than jalopies, the average life expectancy for a male was 47, the speed limit on roads in the US was 10 MPH and the leading causes of death were tuberculosis and influenza.

Our understanding of the universe is still in its infancy. We’ve only just begun to shed the Earth-centric myths that have dominated tradition and religion for tens of thousands of years. Ours is but a fleeting glimpse into a universe of astonishing possibilities.

To those that don’t think there’s life in outer space I have but one question, “Where the hell do you think we are?”

Of course there’s life in outer space, we’re living proof that life can abound in this harsh, hostile universe.

It is important to note that there’s nothing we’ve discovered that would negate the possibility of life elsewhere. At each juncture we discover more possibilities for life to arise. Just this week, we discovered two planets in what’s considered the habitable zone around Ceti Tau a mere twelve light years away.

There are good reasons to consider that there might be life elsewhere within our own solar system.

My concern is a Mars or Bust mentality may push back the search for life on places like Enceladus, Europa and Titan by half a century. As it is, even without a manned Mars mission, there’s no serious plans for this kind of exploration within the next couple of decades.

My concern is the gargantuan effort to see footprints on Mars could jeopardise other projects that have a real chance of finding life.

When Cassini deployed the Huygens probe on Titan, one of the moons of Saturn, scientists were surprised by the absence of naturally occurring acetylene in the atmosphere and the low levels of hydrogen near the surface of the moon when hydrogen was abundant at other altitudes. Although further exploration is needed to confirm these observations, they are precisely what we’d expect to see if methane-based lifeforms were breathing/consuming hydrogen as part of their lifecycle!

Another moon of Saturn, Enceladus is throwing samples into space for us to examine at our leisure. Cassini flew through the fine ejecta from the geysers on Enceladus and detected a saltwater brine that include methane and propane and other carbon-rich molecules. With the right equipment, a fly-by of Enceladus could either analyse or return samples for analysis and reveal the possibile existence of life. Sure beats drilling through miles of ice. 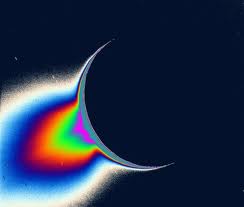 One of the molecules detected by Cassini in the Enceladus plume is Clathrate, a carbon molecule that performs an important role in biology here on Earth, trapping and containing other molecules and proteins.

Ah… but Enceladus is just a moon, right?

Yes, Enceladus is smaller than our Moon and could fit inside Arizona but consider Europa, one of the moons of Jupiter.

Europa is another potential target in the search for life within our solar system.

We have limited resources when it comes to space exploration, we should use them wisely, where there is the greatest possibility for scientific breakthroughs.

Exploration should be goal-oriented. Our goal should be to find life and that means looking beyond Mars. We’ll get to Mars one day, but let’s not sacrifice good science on the way.

Let’s not make it Mars or Bust.