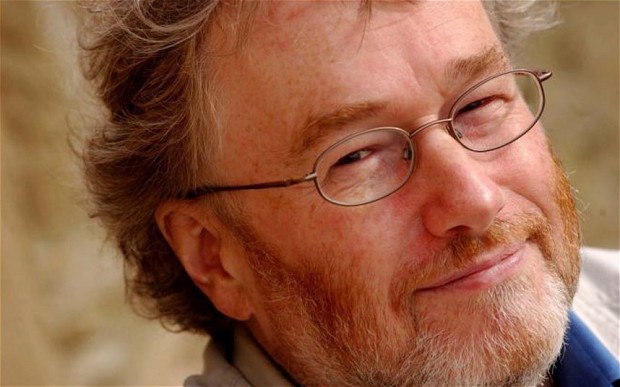 Death is always tragic, always a waste. Cancer is particularly cruel, stealing life with no rhyme or reason.

For the legendary science fiction writer Iain M Banks, who died yesterday at the age of 59, a sore back in January of this year turned out to be terminal gall bladder cancer.

The gall bladder is a small organ that aids in the digestion of fat, concentrating bile produced by the liver. It’s sad to realize that an organ Iain could have easily lived without could turn cancerous and cause his death. Had the initial tumor been caught before the cancer spread, the entire organ could have been removed with little or no impact on his quality of life. Heartbreaking.

Ever the writer, Banks has left a legacy of dozens of books, including his final novel, The Quarry.

Banks uses The Quarry as a means of dealing with his own mortality, describing cancer as “betrayal” by one’s own body, an “unwilling suicide.”

I know… cancer is not contagious. You can’t catch it off him. That’s the thing about cancer. It’s all yours – it’s entirely, perfectly personalised.

And these thoughts echo those of the medical community, looking to personalize treatments for cancer.

Cancer is not a disease in the colloquial sense of the word being something external you can catch, like an infection. Cancer is a failing, a defect.

We look at ourselves as individuals, but we’re composite creatures, comprised of numerous specialty cells forming organs dedicated to certain life-giving functions. From one day to the next, we see ourselves as largely static. Sure, you need a haircut every now and then, or you need to trim your nails, but you are you, right? Wrong. You are Ye (old English plural). You are a dynamic entity of trillions of living cells, cells that are constantly dividing and replenishing themselves.

And the irony is, these cells are programmed to die. At first, you might think that’s a bad thing, but it’s not. Cells die all the time so you and I can live. It’s when cells don’t die that we run into problems. When cells don’t die, they multiply uncontrollably and, in essence, that’s what cancer is, unregulated growth. Growth that eventually kills its host by overwhelming other life-supporting organs.

Banks understood the temptation for cancer patients to grasp at straws, but his rational mind demanded scientifically-proven, evidence-based medicines. The temptation is to try everything, after all, it can’t hurt, right? Wrong. Research has shown “herbal remedies” like St. John’s Wort, garlic, vitamin E and Echinacea disrupt the effectiveness of some chemotherapy drugs. And so, Iain Banks was determined to use his influence to drive home the importance of good science in his last work of fiction.

In the words of Scottish MP Alex Salmond.

Iain won many admirers with the humour and forbearance he showed in dealing with his illness.

His determination not just to complete his final novel but also to reflect his illness in the pages of his work, will make that work all the more poignant and all the more significant.