Myopia is the medical term for being short sighted, where someone can see those things immediately before them with clarity and yet distant objects appear blurred.

Humanity has struggled with mental myopia for thousands of years.

It’s natural to think we have 20:20 vision, but we only see a fragment of reality. Take for example the concept of sunrise and sunset. Almost five hundred years have passed since the Copernican Revolution, when an obscure Polish astronomer developed a mathematical model to describe the orbit of the planets, placing the sun at the center of the solar system.

What made Copernicus notable, wasn’t his theory, it was how he derived his theory. His calculations were no less complex than those of Ptolemy and his Earth-centric view of the universe, but the model proposed by Copernicus required less assumptions and naturally explained key points, like why Mercury and Venus never strayed far from the Sun. 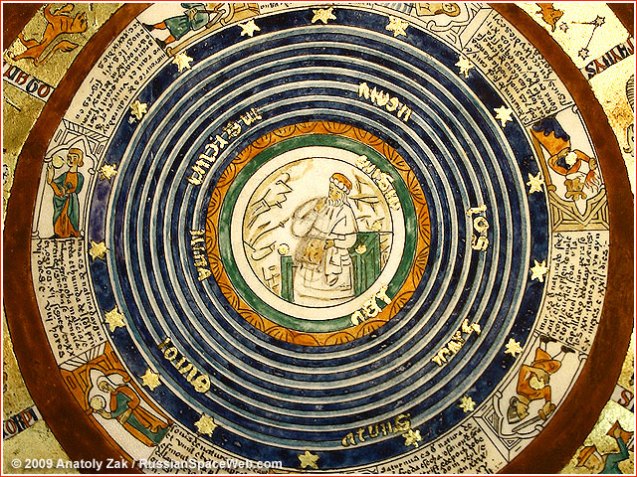 In this Ptolemaic representation, Earth is at the center, with the first orbit occupied by Luna (the Moon), the second by Mercury, the third by Venus, and the forth by Sol (the Sun). Copernicus realized numerous inconsistencies with this model could be resolved by considering the Sun as the center of the solar system.

The Copernican Revolution was the triumph of reason over the senses. For the first time, logical inference was more important than casual observations. To this day, we still speak of sunrise and sunset even though no such event ever occurs: Earth turns. Our senses tell us we’re stationary and that it’s the sun that moves during the course of a day, but we’ve learned not to trust our senses. We trust the scientific description of reality over what we see.

Regardless of whether we’re looking at stars in the sky or birds in a tree, we don’t see reality for what it is, we see but a snapshot in time, just a thin sliver of reality, a fragment of a larger story.

Look out at the stars and you’re looking back in time.

What were you doing eight years ago? Where were you living? How old were your kids (if you have any)? What job did you have eight years ago? Because, walk outside tonight and stare up at the sky and chances are the brightest star you will see is Sirius, and the light that falls on your eyes left Sirius eight years ago.

Out of the top 100 brightest stars in the evening sky, 80 of them are over 60 light years away, meaning the light we see from them is older than the majority of people reading this post. Catch a glimpse of Andromeda, and you’re seeing light that originate well over a million years before Homo sapiens arose as a species, and yet the view seems so sedate, so rudimentary, so commonplace and unassuming.

Like someone with myopia, we think we see clearly, but without science we only ever see a fleeting glimpse of reality, an oversimplification.

Another example of mental myopia can be found in creationism.

Creationists think of species as being formed independent of each other over just a couple of days, a few thousand years ago. In reality, every species we see is an extension of the most ancient forms of life branching out in endlessly varied forms. We tend to think of species as fixed, settled, but they are plastic and malleable, constantly adapting for a variety of natural reasons.

Biological life is in a constant state of flux, adapting and evolving before us, but at a rate that makes the motion of a glacier seem like a bush fire racing across a grassy plain. The animals we see today are simply the latest forms, not the final forms of life on Earth.

Creationist often ask, “If evolution is true, show me the transition species. Show me the missing links.” But the question fails to realize that every species is in transition, including our own.

It’s no wonder creationists think this way, as we naturally have mental myopia. With our five senses, we observe just the fleeting fragment of the vast reality before us, missing the depth of all that transpired over billions of years to bring us to this point.

As for, “Show me the missing links,” stop and think about that for a moment. How far back can you trace your family tree? Can you reach back as far as the Declaration of Independence? How about the reign of Elizabeth the First, or Julius Ceasar? Show me your missing links, prove to me that you really are a member of the human race and not the pedigree of some alien replicant sleeper cell. I’m being silly, but you get the point. The proof lies in that you’re here. To get here, you must have an unbroken chain of parentage, one that spans back not hundreds or even thousands of years, not millions or even hundreds of millions of years, but billions of years.

In theory, there could be a species alive today for which there is no fossil evidence at all (I don’t know of one, but it’s possible), and yet that this species exists tells us there is an unbroken lineage, whether we see it or not. That we don’t see it says more about our lack of vision than it does about that species’ pedigree.

Whether we are considering quarks or electrons, viruses or bacteria, whether we are looking out into the furthest reaches of space or at animals in a zoo, science has allowed us to see reality for what it is, exposing the hidden depth behind what we see with our eyes.

Science isn’t perfect, but it is self-correcting, providing us with a clear lens with which to see the universe.

The challenge that faces humanity moving into the future is to avoid being short-sighted.