Recently, I got to visit the Grand Canyon by helicopter. 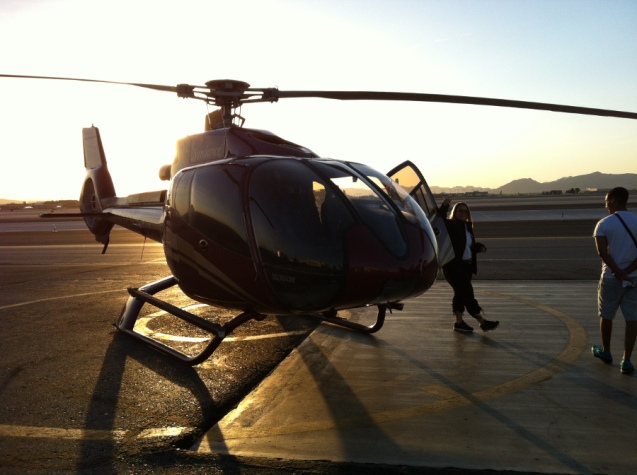 Standing there in the waiting room, watching the sun rise with a fleet of helicopters being prepped in the early dawn light, I couldn’t help but think of how astonishing such a sight would have been for García López de Cárdenas, the first European to stumble across the canyon.

The Grand Canyon is 277 miles long with an average width of anywhere up to 18 miles and a depth of just over a mile. García tried to descend into the canyon to reach the river, but failed.

Just as there’s tourism in the Grand Canyon, one day there will be tourism on Mars. 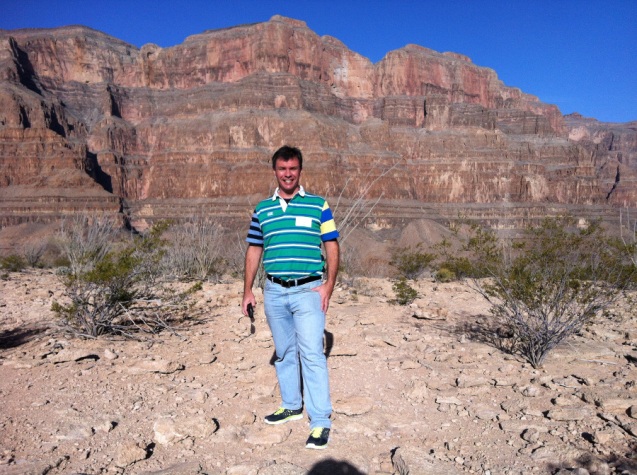 OK, on Mars I’d be wearing a spacesuit.

Behind me is a billion years of geological history, with layer upon layer burying the past, until around 10 million years ago the Colorado river began eroding the canyon. The Grand Canyon is a time capsule, allowing us to understand the progression of life on Earth and the various climates and conditions that prevailed in different epochs.

This is precisely the kind of formation NASA Curiosity Rover is exploring on Mars.

The ground around me is strewn with the most unusual rocks. At first, I wasn’t sure if they were igneous (volcanic) in origin. Although they look like pumice, they were much heavier and far sturdier. Knowing this particular layer was once an ancient sea I wondered if they were sedimentary, perhaps even some fossilized remnants of sponges or corals (which are common in the American Southwest). Then I found this beautiful rock that captures the transition from one layer to another, effectively ruling out volcanic origins.

The depth within the canyon would suggest this is precambrian (>500 million years), and it may well be the fossilized remains of ancient algae mats. If anyone’s a geologist and can shed some light on this, please leave a comment below. 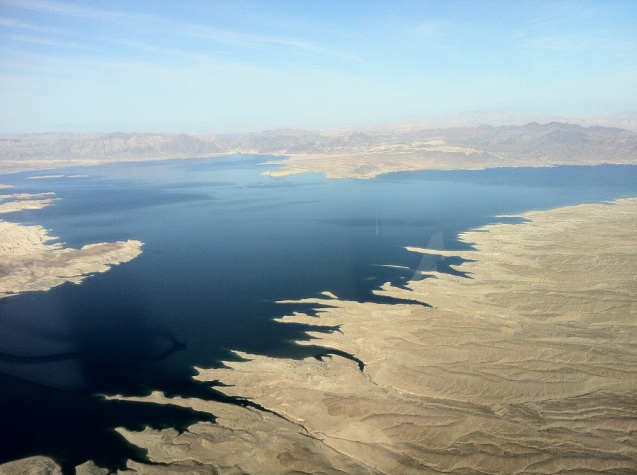 Kim Stanley Robinson wrote an astonishing trilogy about the colonisation of Mars called Red Mars, Green Mars, Blue Mars. Here’s a photo that with a reddish filter could pass for Blue Mars. 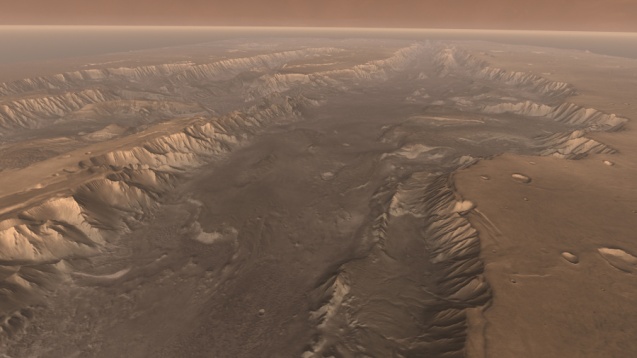 The irony of tourism on Mars is that the Valles Marineris is not only the largest canyon in the solar system, being as long as the Continental US, it’s also so wide that the curvature of the planet comes into effect. Stand on one side of the canyon at its broadest and the far side is hidden below the horizon.

One day, we’ll have tourism on the Moon, visiting the carefully preserved Apollo sites, and eventually the canyons of Mars will be tourist destinations as well, although hopefully without the trappings of Las Vegas.

3 thoughts on “A tourist on Mars”