Christopher Nolan’s latest movie Interstellar is a blockbuster in every sense of the word.

I loved it. Yes, there’s some handwavum (particularly toward the end) and there are gaping unexplained paradoxes and an impossible escape from beyond the event horizon of a black hole, but what a visual feast! 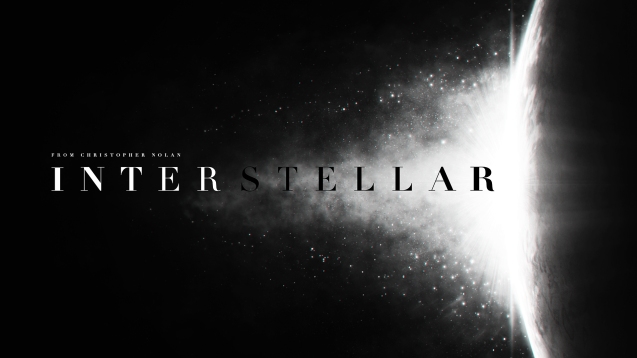 Nolan has to be commended for his vision.

At three hours in length, Interstellar is epic. The breadth of the storytelling is mind boggling.

To be critical and nitpicking of a movie like this is to miss the art. I’ll raise a few points here, but they’re not criticisms, more observations I think you’d enjoy considering.

The portrayal of time dilation is chilling to behold. Sure, the effect is exaggerated to an extreme in the movie, but it’s an amplification, not an error.

There’s a few implausible things, like not observing a planet from orbit before setting down and getting wiped out by tidal waves, but in the 90s, who would have thought the twin towers would be felled by terrorists in hijacked planes? Oh, by the way, we once had tidal waves like that here on Earth.

It has taken billions of years for the Moon to recede to where it is today. Shortly after its formation, the Moon would have been considerably closer and would have caused tides hundreds, perhaps thousands of feet high, meaning life emerged on Earth when it resembled a cosmic washing machine.

For those kind of tides to occur on a planet orbiting a black hole, the planet would need a rotation period of about two hours (making a very short day) but being so close to such a large object, the planet would probably be tidally locked like our moon (which would result in no tides). But it was uber cool!

The ice clouds were another visually cool but physically impossible concept in the movie, with spaceships flying between upside-down mountains.

The portrayal of the accretion disk around the black hole, though, is extremely well done.

Imagine staring at Saturn with its thin, flat rings, only somewhat paradoxically you can see the rings curve both above and below the planet, THAT is what you’re looking at here.

The accretion disk of a black hole is relatively flat and straight, swirling around the equator, but gravitational lensing causes the light from the far side of the black hole to bend up, over and around the hole, giving the appearance of a halo that’s not actually there. It’s a bit like sticking a pole into water and seeing it appear to bend, only the light is being bent by the strength of gravity.

Fly around the equator and the black hole will always look exactly as it does in this shot because there is no halo standing up behind it, that’s an illusion of gravitational lensing. Fly above the poles and look down and you’d see the ring, only the ring would look much closer than it actually is as the lensing would draw it together.

Interstellar is well worth the price of admission.

Be sure to see Interstellar on the big screen.