Fiction is fictitious. By definition, it’s not true. Therefore it shouldn’t surprise us if some elements of a story aren’t entirely correct. One could nit-pick at even the “hardest” of “hard” science fiction stories and find fault, but science fiction should, at the very least, make an effort to incorporate actual science. Lasers and spaceships are not enough.

I don’t mean to say stories should be exacting in every detail and slavishly correct. Science itself is not settled. Science is not fixed. We know more about Mars today than we did yesterday, and tomorrow, we’ll know even more. Does that negate what we know today? No, it builds from and extends our knowledge. The same is true of science fiction. We can give fiction the same breathing space we give science, while still expecting to be entertained in a plausible manner.

By making one category of science fiction “hard” we’ve discouraged some writers from even trying, which is our loss, and leads to movies like Alien Covenant.

The Alien franchise has some astonishing stories in its history, but all too often, follow up movies are forgettable because simple science is ignored.

Movies like Prometheus and Alien Covenant appear to have given up on basic science, which is somewhat paradoxical as the lengths they go to in terms of set design, costumes, stunts and special effects are simply astonishing.

How have we got to the point where the science in science fiction is ignored?

All stories need tension. Alien Covenant achieves this in part by having the “away team” land in the middle of a storm. Communication is poor, so the interstellar spaceship has to descend into the storm at the risk of breaking apart. Problem is… the spaceship never actually orbits the planet. It’s ALWAYS hovering somewhere overhead. The oversimplified computer graphics even show it descending vertically like a helicopter.

The irony is… they didn’t need to come up with such a contrived scenario. Just let the spaceship orbit the planet, as spaceships are wont to do, and it’ll be out of contact with the ground crew roughly half the time, with communication strained when the craft is low on either horizon. Hey, a little bit of plausibility suddenly sneaks in and strengthens the story, rather than weakening it.

Also, the periodic nature of orbits could have been used to drive more tension, as there’s nothing the ground crew can do but wait for the next pass. Ah, but instead, we get some mumbo jumbo about the ship breaking apart in a storm. 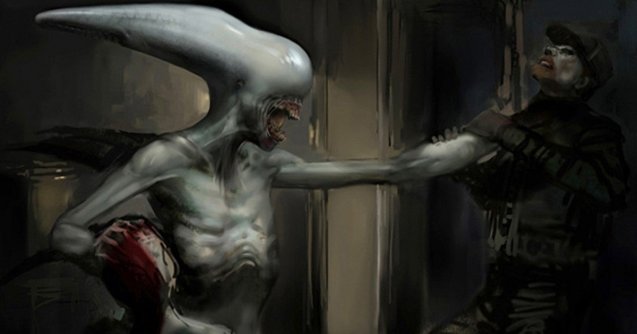 A lot of the time, it’s not just science that’s ignored, it’s common sense, like walking around on an entirely new planet covered in rich plant life (and presumably microbes), without wearing a spacesuit. What could possibly go wrong?

Devices should make sense. A life support systems that cremates someone when it fails probably isn’t going to get off the design board, let alone into production on a starship. In the same way, Prometheus had a super-duper advanced fully automated medical system that couldn’t operate on women. WTF?

Another scratch-your-head moment came when, after tracking a mysterious signal across the depths of space, the landing shuttle inexplicably touches down eight kilometers away from the source, and at a considerably lower altitude. A perfectly good flying machine is left sitting on the rocks while the crew have to climb a mountain.

How did no one at least think of flying over the site of the signal to have a look? Perhaps seeing a derelict alien spacecraft would have given pause for thought.

The first two alien movies are legendary, but not just because they were ground breaking, they were plausible. In Alien, our intrepid explorers wear spacesuits while investigating the ruins of a crashed extraterrestrial craft, and the acid from a face hugger eats through the helmet, allowing it to get to poor Kane.

In Alien Covenant, people stroll into a similar crashed alien spaceship like they’re exploring a new shopping mall. Oh, look… over here everybody. Macy’s has a sale on… 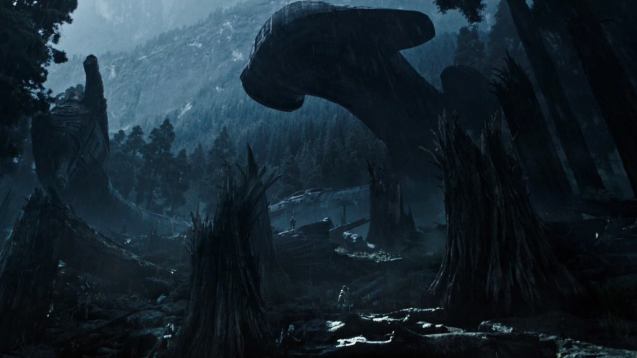 As if wandering around an alien biosphere without a spacesuit isn’t dumb enough, the crew of the Covenant wander into the crashed spaceship wearing nothing more than beanies to ward off the cold. In the future, it seems biosecurity protocols don’t extend beyond Earth.

It’s not hard to make science fiction plausible. Alien did it. Why can’t Alien Covenant?

One thing Alien Covenant did really well, was to portray some old-fashioned anatomical studies by the stranded Michael. Various dissections, and aging sketches conveyed a sense of study and scientific consideration (that took a rather macabre turn later in the story).

Movies like Prometheus and Alien Covenant spend millions on sets and special effects, and labor over details with meticulous care. If only they paid as much attention to the script we’d end up with something as iconic as the original