As accurate as a speedometer.

There’s a difference between accuracy and precision.

Accuracy is a relative term that’s situation appropriate. When it comes to speedometers, it’s enough to know I’m driving at about 60mph. I don’t need to know that I’m traveling at precisely 59.945mph or 61.232mph. Either approximates to 60mph, one’s slightly faster, the other slightly slower, but by margins that are meaningless.

The same principle holds true when it comes to science fiction. If my protagonist is orbiting a planet in his spaceship, it’s entirely accurate to say he’s traveling at tens of thousands of kilometers an hour. There’s no need for precision—and this is the point—there’s no need to be slavishly precise, just accurate.

How accurate are these three darts?

Well, it depends. Strictly speaking, only one hit the bullseye. The other two missed. If I threw them from five feet away, they’re not bad. If I threw them the length of a football field they ALL are astonishingly accurate, although only one of them is precise.

The point is… stories can be accurate without being precise.

In the movie Alien Covenant, there are a lot of heart-pounding moments, but there are a few scenes where darts weren’t even thrown at the board, they were simply dropped on the ground. Exploring a strange alien spacecraft without any kind of biological protection is absurd. At least try to throw a dart at the board, please.

When it comes to the prospect of finding any kind of alien life, be that microbes, plants or animals, we are astonishingly concerned about biosecurity—and not just because we could be infected, we could contaminate an ecosphere with an invasive Earth-species that overwhelms that environment.

The Cassini space probe launched from Earth in 1997 (which is accurate, although if you want to be precise, it launched on October 15th of that year)

Cassini spent almost seven years drifting toward Saturn, arriving in July of 2004. Since then, it has heralded an astonishing amount of scientific data, and revealed that at least one of the Saturnian moons is habitable. There’s a remote possibility that Enceladus could harbor life. As far as we can tell, it’s got the right conditions for life to evolve, but we have no evidence of life.

By the time Cassini’s mission ends, it will have spent twenty years in space, and still we’re not taking any chances on Earth microbes hitchhiking to one of the moons of Saturn, so we’re going to crash Cassini into Saturn.

Think about how absurdly small the chance is that we could infect life on Enceladus. For that to happen, Earth microbes would need to survive…

Now, ask yourself what measures someone would take when finding a crashed alien spacecraft on another planet? Is wearing a spacesuit really too much to ask? Oh, and the irony is… the original Alien movie got this right.

It’s not hard to make science fiction accurate, and it doesn’t require anything like the precision we see in real life, just a little common sense. 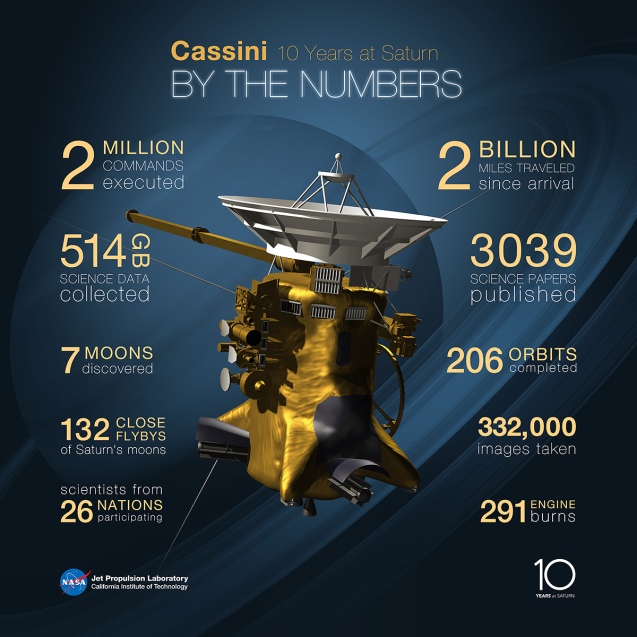