Rocket Lab is the quiet contender in the commercial space race brought about by the advent of new fabrication techniques.

Everyone’s heard of SpaceX and the stalwart of US space flight, United Launch Alliance (a conglomeration of Lockheed Martin Space Systems and Boeing Defense), and even Amazon’s Jeff Bezos is wading into the arena with his Blue Origin. Rocket Lab, though, is developing as a niche player. Whereas SpaceX and ULA are after big government contracts, Rocket Lab is focusing on highly repeatable, low cost commercial launches, initially in the southern hemisphere, but they’re moving north as well.

Why is Rocket Lab important? Well, it’s the first company outside of the Big Five—USA, Europe, Russia, China and Japan—to make orbital launches achievable. Launching the Electron from its New Zealand site in remote Mahia, it promises to make space more accessible. 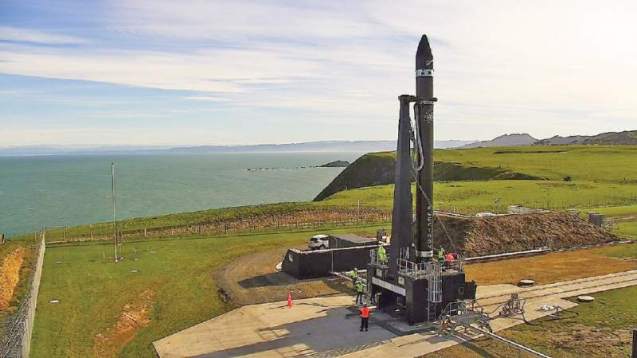 Space isn’t the final frontier—it’s the ONLY frontier. In much the same way as the Industrial Revolution ushered in a new era in history, space offers an opportunity to extend our civilisation in ways that are difficult to foresee. Economists and science fiction writers alike are gazing at crystal balls, trying to anticipate the future. We’re expansionists. We’re restless. Starting some 70,000 years ago when we first migrated out of Africa, we’ve always been looking at what lies over the horizon. When it comes to space exploration, the promise is tantalizing.

Blue Origin is looking at suborbital flights. Rocket Lab is focused on low-earth orbital launches of small to medium satellites. SpaceX has lofty ambitions for the Moon and Mars. But all these are baby steps. The real revolution will come when we look at fabricating components in space from asteroids.

It sounds like science fiction, but it’s not. Accenture have released a study on the impact of deep space mining noting that it is 5000x cheaper to deploy large structures in geosynchronous orbit from the asteroid belt than it is from Earth! The challenge is (a) getting there and (b) being able to extract and fabricate in space. NASA is already “getting there” with probes like the Dawn mission visiting Ceres. And that’s where Rocket Labs comes in. No, they’re not looking to launch out of Earth’s orbit (probably for quite some time), but they’re innovating, they’re learning, they’re pushing the boundaries of what’s possible today, which is how the breakthroughs of tomorrow will come.

At some point, we’ll go for deep space. The technology to do so will come from the likes of Rocket Lab, ULA, Blue Origin and SpaceX. As these companies perfect the construction, automation and fabrication processes required for exploration, they’re laying the foundations for how we’ll conquer space in the decades to come.

Until then, as a Kiwi, I’m proud of the New Zealand startup that’s launching satellites into orbit. Onwards and upwards. And get free copies of my books